No matter how well we plan and manage our silage programs some challenges arise that we cannot control. Weather, wildlife, and other factors can cause delays in covering our crop or cause air to be reintroduced to the silo during storage. Natural characteristics of certain crops, like legumes, can even cause a challenge in achieving high-quality fermentation. BONSILAGE FORTE helps to combat the situations that are out of our control when ensiling forages.

During storage, the goal is to keep the environment completely anaerobic so that the silage may remain stable until opening and feed out. Even with perfect management techniques, unforeseen circumstances can happen that allow air into the silage mass, i.e. animals creating holes in plastic covers and/or small leaks that go unnoticed until it is too late. When the silage environment becomes aerobic, many processes take place that can lead to an increase in pH causing degradation of valuable nutrients by enzymatic activities and the growth of microorganisms like clostridia, and aerobic instability. Suppressing any increase in pH can combat these issues and keep silage more palatable and nutritious. Alfalfa silage was subjected to varying lengths of air stress to imitate the out-of-control situations that happen. Short (4 hours/week) and long (12 hours/week) were included to model situations where oxygen could be reintroduced during fermentation due to small leaks or holes created by animals or weather. Silage was either untreated (Ctrl) or treated with BONSILAGE FORTE inoculant. In the figure, the average pH values demonstrate that FORTE can suppress the pH increase that comes with air being reintroduced into a silage mass. 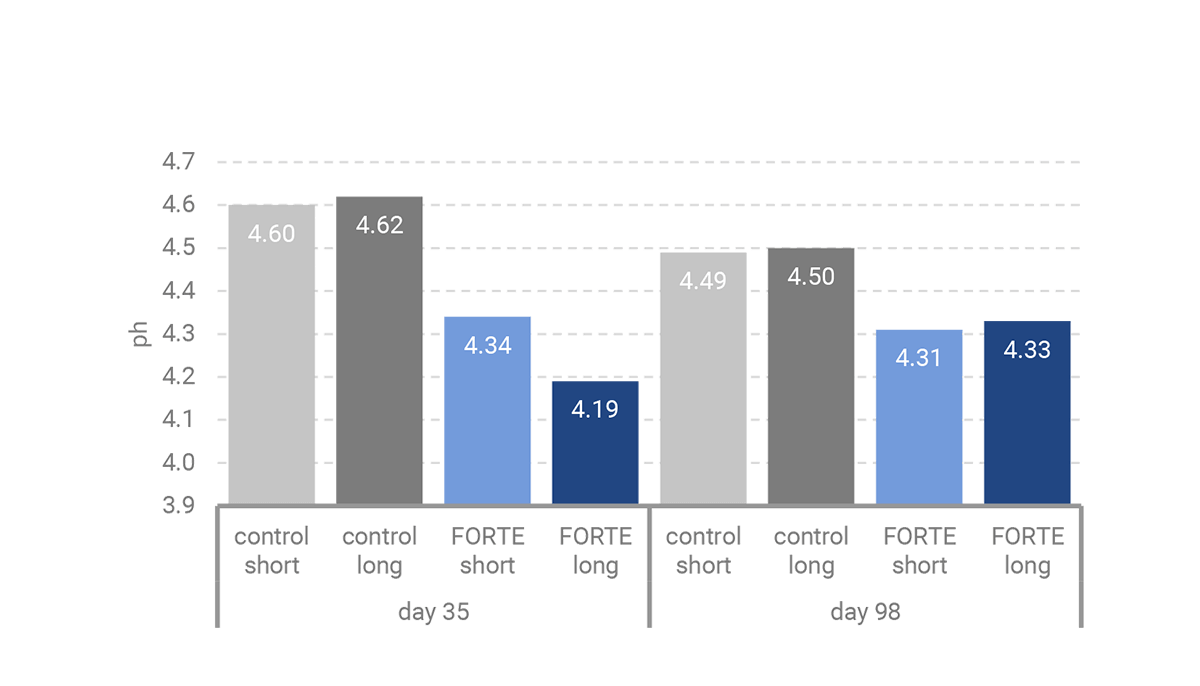 Figure 1: The pH of alfalfa ensiled for 35 and 98 days was recorded to determine BONSILAGE FORTE’s ability to control the pH increase of air stressed silage. Silage was either treated with no inoculant (control) or BONSILAGE FORTE (Forte). During ensiling, the material was also either subjected to short air stress (short) at 4 hours per week or long air stress (long) at 12 hours per week. Source: Data from the University of Delaware, 2020

Challenge Legume silages like alfalfa silage are known for their high buffering capacity due to high levels of protein and ash. A higher buffering capacity leads to alfalfa being one of the harder crops to ensile. The drop in pH in the front end of fermentation happens at a slower rate than in other crops. There are many drawbacks to this slow drop in pH and one of those is that it takes longer to inhibit enzymatic protein degradation as well as harmful microorganisms like clostridia. Research shows that using BONSILAGE FORTE leads to a more rapid drop in pH during the front end of fermentation. 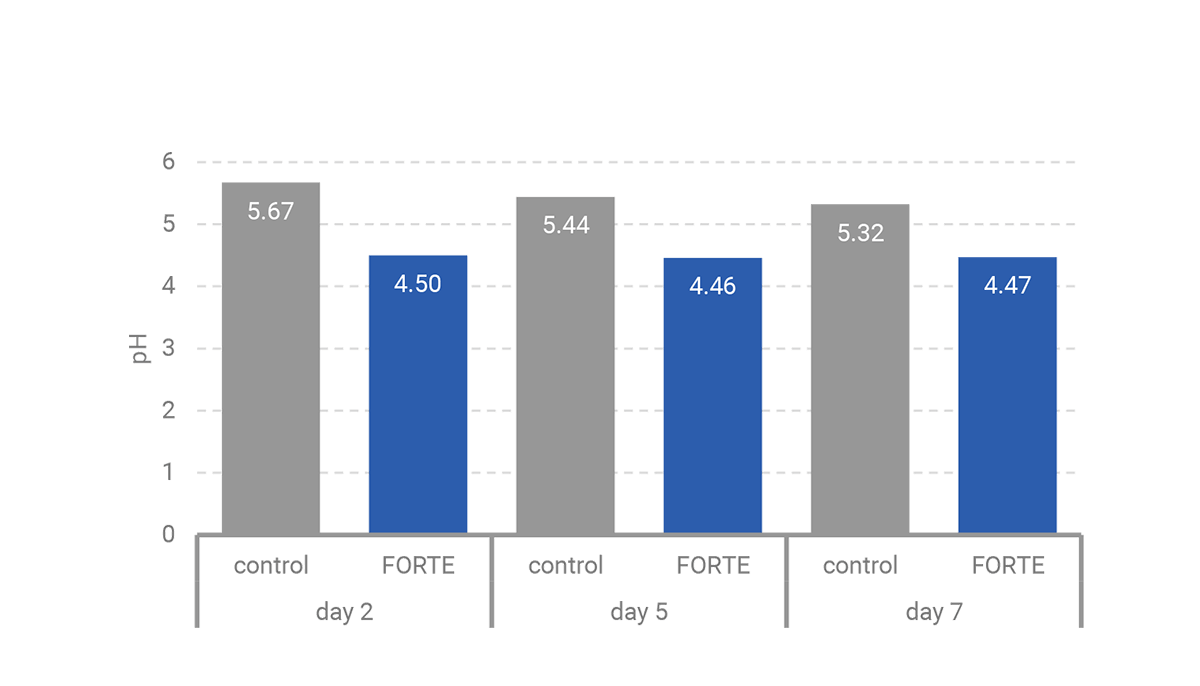 Figure 2: Alfalfa silage was ensiled for 2, 5, and 7 days and the pH was measured to evaluate BONSILAGE FORTE’s ability to rapidly lower the pH in the front end of fermentation. Silage was either treated with no inoculant (control) or BONSILAGE FORTE). Source: Data from the University of Delaware, 2020

With the ability to decrease pH at a more rapid rate in hard to ensile forages and combat the pH increase that comes with air penetration during ensiling, protect your crop and provide your cattle with high-quality forage using BONSILAGE FORTE.