Stabilization of the gastrointestinal system

MAXFERM is a fungal fermentation product material that maximizes feed conversion in rations with a high content of non-starch polysaccharides. 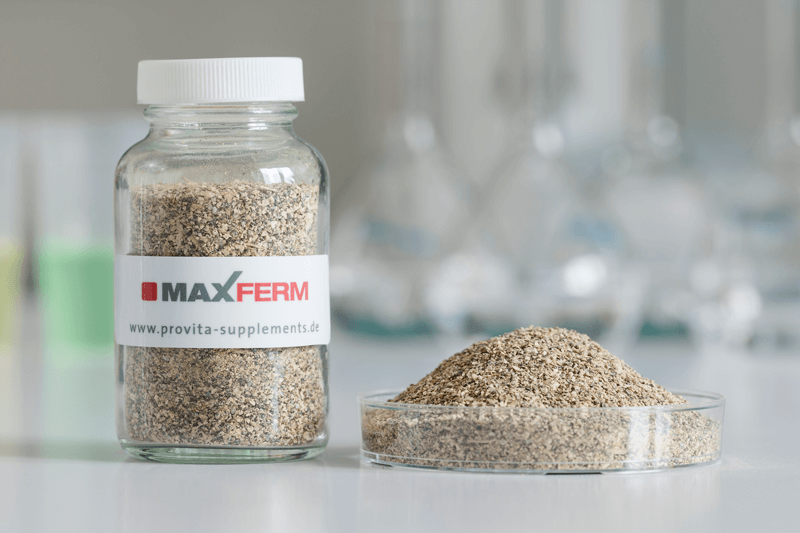 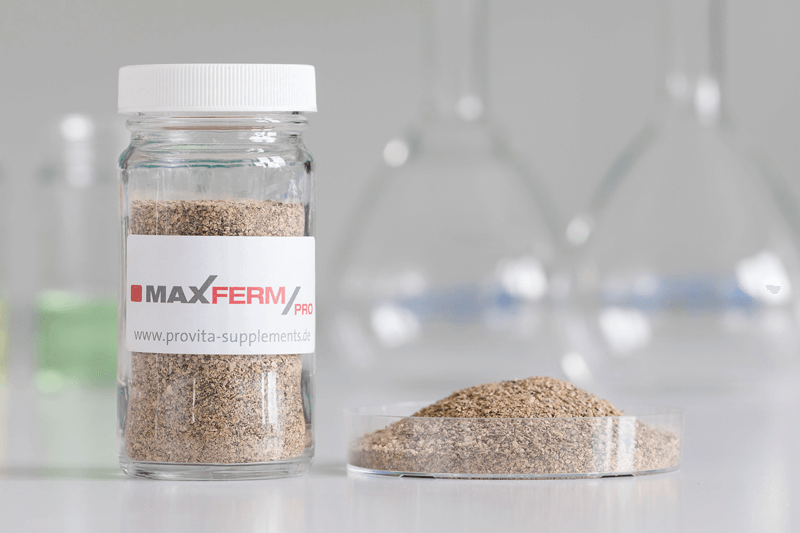 MAXFERM/ECO is a fungal fermentation product to improve nutrient utilization in organic poultry and pig feeding. 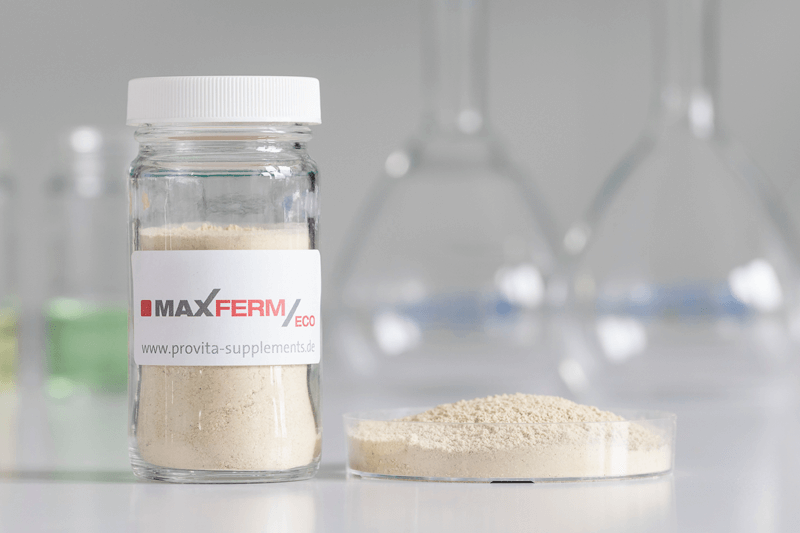 Improved feed conversion and the selective use of grain types containing high amounts of non-starch polysaccharides (NSPs) are key factors to reduce feed costs. NSPs are found primarily in plant cell structures. However, monogastric animals have no digestive enzymes that allow them to break down NSPs. Supplementing animal feed with MAXFERM minimizes the adverse effects of NSPs and increases the bioavailability of nutrients.

MAXFERM stabilizes the gastrointestinal tract and improves the availability of valuable protein, starch and fat. At the same time, MAXFERM creates a nutrient medium for intestinal bacteria, and its prebiotic properties support the development of a healthy gastrointestinal flora, especially in broiler chicken. A broiler chicken trial with MAXFERM clearly shows better protein and fat digestibility in the intestine than the negative control. Even compared to the positive control, MAXFERM shows comparable or even better effects. As a result, MAXFERM can increase energy utilization by about 0.3 – 0.5 MJ MEN-corr./kg and reduce fecal nitrogen excretion by 10%. 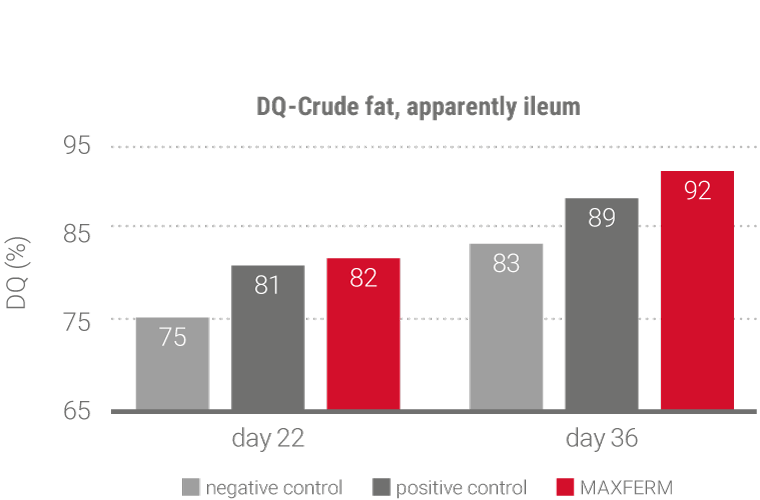 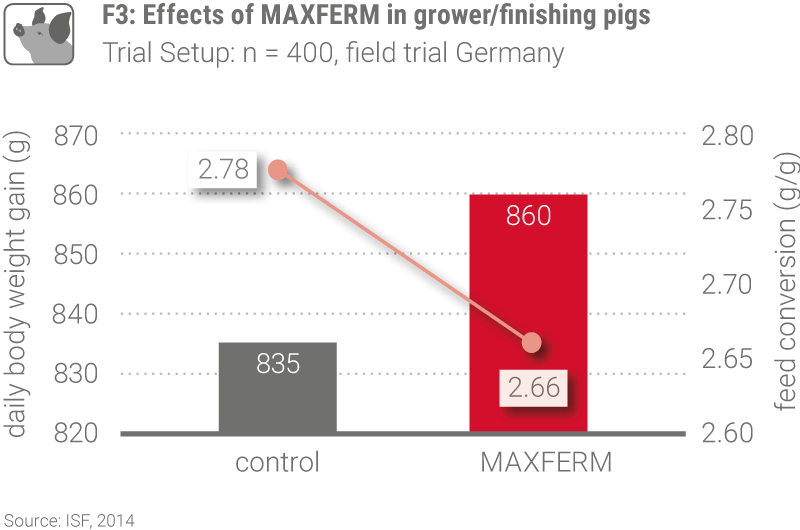 Research shows the performance potential of MAXFERM on broiler chickens. Live weight gain and feed conversion both improved over the five-week trial period. Adding MAXFERM to feed resulted in an increase in the final finished weight of more than 80 g. Animals also exhibited greater vitality and homogeneity, resulting in an increase in profitability. 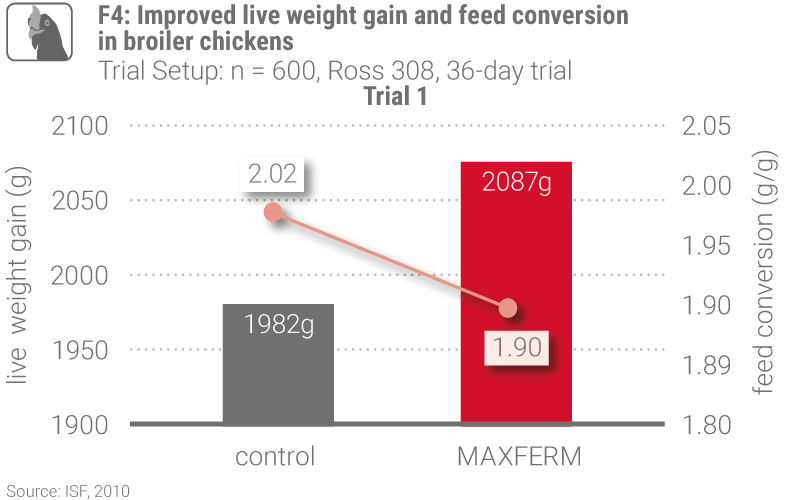 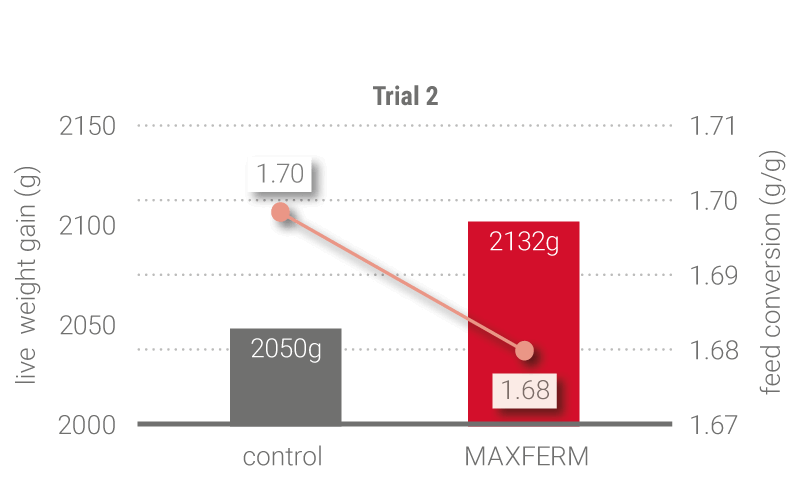 Data from feeding trials suggests that addition of MAXFERM to the diets of white Shrimps (P. vannamei) before the extrusion process, improves the growth performance. In a 29 days feeding trial, the average weight gain per week was improved by 17,5%, while the specific growth rate improved by 0,2 points per day (+12%) . 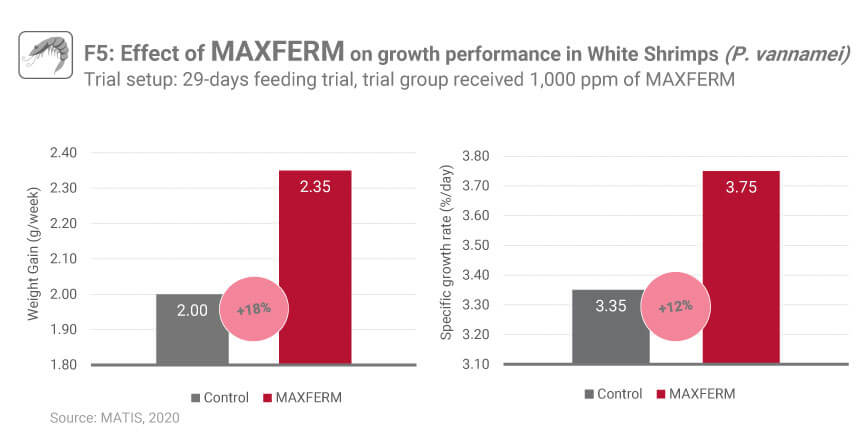