The Federal University of Pelotas, Rio Grande do Sul, Brazil examined the question whether the use of MAXFIBER in cows’ diets does improve the nutrient utilization and performances.

The supplementation of exogenous fibrolytic enzymes in the diets of ruminants has been an option to enhance nutrient utilization and consequently improve productive performance. The aim of this study was to evaluate the supplementation of a dried fungi fermentation product which expresses fibrolytic enzymatic activity. The potential benefits of MAXFIBER include nutrient digestibility, feeding behavior, productive performance and metabolic profiles of high production dairy cows.

For the study, thirty-six multiparous Holstein dairy cows were used, in a randomized block design, divided into two groups: Supplementation group with 10 g/d of MAXFIBER (GS; n = 18), with coverage above the total mixed ration (TMR), and control group (CG; n = 18) without supplementation, during a 23-day experimental period. The milk yield was evaluated daily and milk samples were collected on several days, as well as blood samples, to evaluate the composition and quality of milk and blood metabolites, respectively. Feed consumption and eating behavior were assessed daily by electronic feeders. Cows that received the diet with the supplementation of MAXFIBER showed higher milk production (p = 0.05). In the assessment of feeding behavior, there was a higher frequency of access to feeders and a higher frequency of meals per day (p = 0.001) by animals of the MAXFIBER-group. Blood concentrations tended to increase blood glucose (p = 0.09). The treatment had no significant effect on DM intake but a positive trend to increased diet digestibility (+1.74 %) was determined.

In conclusion, these results show that the supplementation of MAXFIBER in the diet of multiparous dairy cows increases milk yield in addition to changing feeding behavior, increasing feeding frequency and a higher blood glucose level. 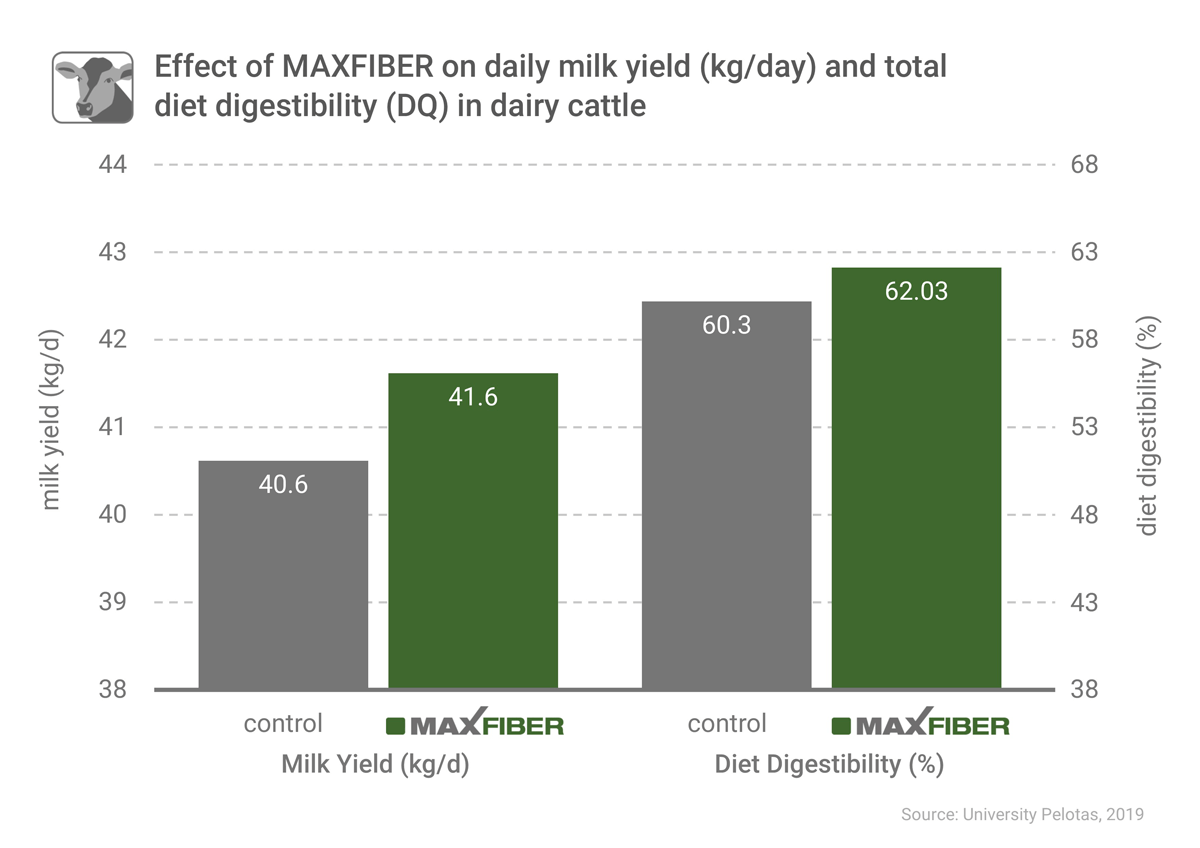